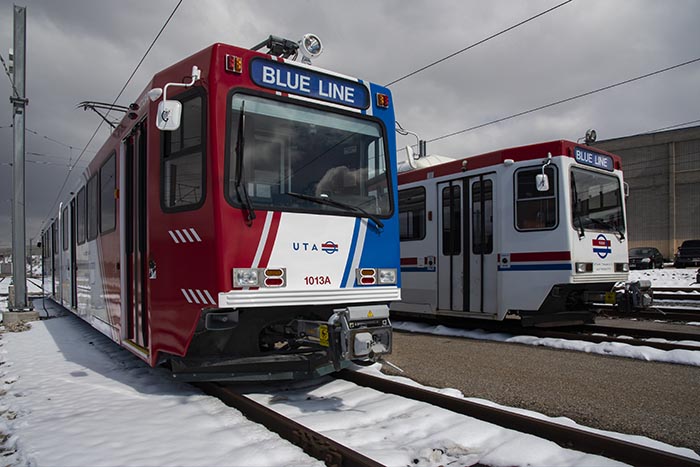 Salt Lake International Airport is a major gateway for the western United States and a hub for Delta Airlines. Direct flights are available from many US and international cities. We recommend that you plan to arrive by noon on Sunday, August 1st and depart no earlier than the morning of Saturday, August 14th so that you are able to participate in all course activites.

Express Shuttle - Another option for transportation to and from the airport is Express Shuttle. The cost for a shuttle to the hotel is approximately $15 unless you share the trip. You must make a reservation ahead of time.

Uber/Lyft/Taxi - You will find excellent ride-sharing and taxi options at the airport, as well, although we encourage you to take advantage of greener and lower-cost public transit options, if able.

Getting around the city

UTA - The UTA rail and bus system is a great option for getting most places within the city. All course participants will receive a 2-week transit pass, which allows unlimited use of the local UTA network within the Salt Lake Valley. We will provide more information on routes that get you to/from campus as the course approaches.

Street directions - Salt Lake’s unique street numbering system is almost identical in concept to that of longitude and latitude. Think of the point at which the Equator intersects the Greenwich Meridian – in other words, 0 degrees longitude and 0 degrees latitude. On the globe, that zero-point is just south of Ghana off the West African Coast. In Salt Lake City, it’s at Temple Square. Salt Lake is laid out on a simple grid system. Virtually every address in the city has a set of two coordinates telling how far east or west and how far north or south it is from Temple Square (or the corner of Main and South Temple Streets to be exact). Although an address such as 682 East 400 South may look strange to you, just remember that it simply describes a location on the grid. Consequently, both “halves” of the address (“682 East” and “400 South”) are equally significant, the second half being the street name and the first half being a specific point on that street. Even streets with names (Harvard Avenue, for instance) also have a numbered “coordinate.” If you were looking for Harvard Avenue, it would be helpful for you to know that its coordinate is 1175 south.

The Waterisotopes Database and isoBank are community resources to develop FAIR data repositories for isotope science. Get involved, find and share data!